EAST SIDE  –  WEST SIDE
ALL AROUND THE TOWN

CAROL IN THE CITY

Carol was known as Candy by family and friends until later in NYC as you will see.

Candy tagged along with Daddy Joe on his men’s clothing buying trips from Western Massachusetts to New York. Learned about business and went to lots of restaurants.

Candy taught Spanish & French at Longmeadow High School and was “rookie of the year” and Keyettes advisor whose club won the national award for excellence in Washington, D.C. After 6 years, she left teaching and her old life  to embark on a new phase. Wanted to try a career in business in New York City. The Seven Sisters college network helped make connections for entry level positions. Spent cold winter days interviewing at places like Deloitte Touche Ross Accounting, Revillon Furs, and Republic National Bank. Hung out at St. Patrick’s Cathedral between appointments to keep warm. At an interview with CW, a top executive at Republic Bank, he told Candy she’d have to be called by her given name Carol as it was more professional. Fine. New life. At 30 it was time.

Got several offers but ended up at Republic, leaving $9,500 teaching salary for a whopping $18,000 a year as Executive Assistant to CW, Head of Asian Lending. Moved from Massachusetts to Scarsdale, New York to live with sister Cindy & her roommate Elaine. For the next several months commuted into Manhattan on Metro North.

Carol & Cindy soon moved into the City on the Upper West Side. Now got the B Train down to work. On a whim one night strolled over to the Park where Tosca was being performed al fresco. Walked by throngs on blankets when a voice yelled, Candy! Turned to see former college roommate Jane Levy waving. Sat with her to catch up and she mentioned that her Greenwich Village friend was single and interested in dating someone new. He’s a handsome pediatrician, went to Columbia, but doesn’t commit so just for fun. A few days later, Dr. Gary Levine called for Candy. He asked what was her real name. Had become Carol at work at that point anyway, so. After that, talked on the phone a few times, then face-to-face downtown at his place in the Village. A truly blind date. July 15, 1981. Carol met Gary. The rest is history.

French Château on 40th & Fifth. 7th Floor. Carol’s own huge window up there second from the left. Assistant to top executive CW. Two rows of mahogany desks. Everyone worked in a fun open atmosphere. Syrian, Lebanese, European, American Muslims & Christians & Jews. Quite the Ecumenical Banking Crew. Amongst the best people Carol ever knew.

Every morning she’d greet the guard at the door as the trolleys of gold bullion were being lowered from the armoured truck to the basement vault. Republic was the gold price standard for the markets each day. Bank Notes, too. Edmond Safra, a Syrian Lebanese Brasilian Jew owned the Bank. He had the entire 9th Floor Penthouse office suite where he held court for the Marcos’ and Saudi princes alike. With his mafia Cyril Dwek, Shua Yedid, Jeff Keil, Walter Weiner. Edmond took a group of us to the opening of the Rodin Wing at the National Gallery in Washington D.C. He and his wife Lily donated it. Yes. That’s right.

In 1999, Edmond died in an infamously murderous fire at his Monaco château.

Gary and Carol continued to date. He was teaching medicine at Metropolitan Hospital. One day Carol impressed him with a Republic Bank limo which picked him up to meet her for lunch at Le Relais on Madison & 63rd. After that and a few weekends in East Hampton on Long Island with home-cooked Colitti Spaghetti, Gary asked Carol to move down to his loft on Greenwich Avenue. She did. And a few nights later during the Halloween parade, threw him a surprise party for his 33rd birthday with costumes and friends galore. In his own place. Was he shocked? Yes.

In the Spring of 1982, Gary and Carol traveled to China. Carol’s sister Cathy moved to New York to live with Cindy for a month to mind Carol’s desk at Republic while CW was also traveling in Asia. They all survived that. Pretty well.

Soon after…  Gary went out to Great Neck to visit his Mom. He came back with a something in his shirt pocket. His mother’s engagement ring. A true beauty which became mine. Our parents met for the first time at Windows on the World at the top of the World Trade Center. Gary’s dad Ellis was a member. Although Gary’s mother had a wicked cold, she showed up to tell us in front of my parents that we should get married before moving to San Francisco. So. They did.

But before. Reverse bachelor parties. Gary spent the evening dining with all of the women from his “Friends” building and beyond. Carol had dinner with Gary’s buddies. Doesn’t get any better than that. 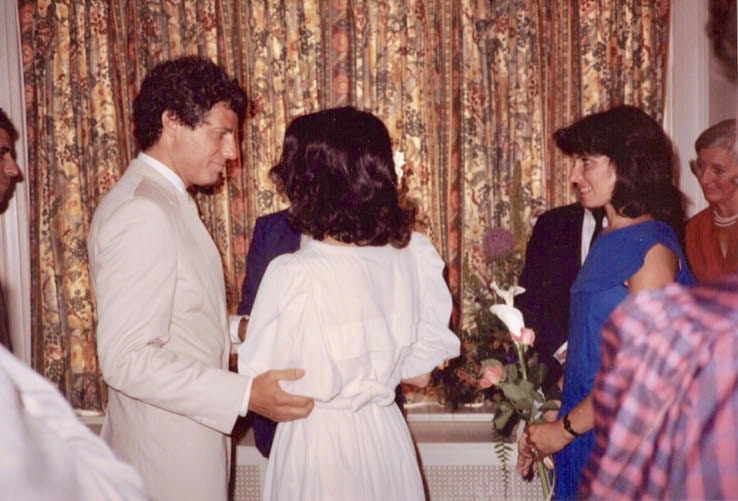 With Gary’s Dad & Mom
Ellis & Betsey
(yes she did)

Gary with his new family 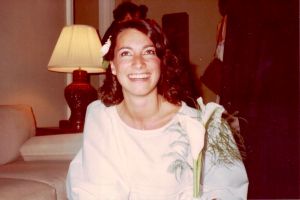 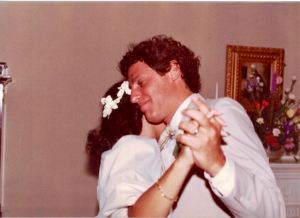 But still spent lots of time in New York City …

For a time, Carol even commuted from Northampton to Manhattan. That’s right. Took a car service to New Haven, then Metro North to Grand Central. Walked up Park to 59th to ABN AMRO North America HQ. She’d been promoted to Regional Managing Director to head up an Eastern U.S. marketing group. Corner office looked out at a Caviarteria.

ABN AMRO soon imploded from internal corruption and got bought out by Royal Bank of Scotland, which then failed during the financial crisis. A former global international banking behemoth, ABN AMRO shrunk to become a retail bank in the Netherlands. 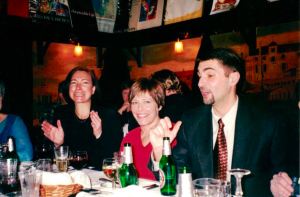 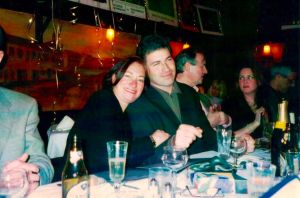 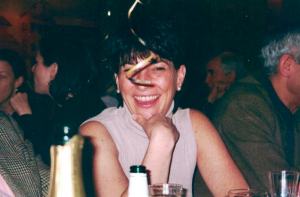 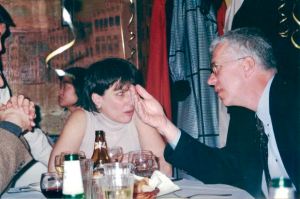 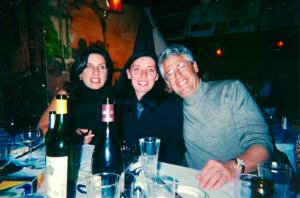 Ben had 2 tours of NYU. It was clear, that was the place for him. Later, Ben became an Ambassador who gave his own tours to prospective NYU students. He was one of those guys walking backwards around Greenwich Village. He and President John Sexton got to know each other on the street. When the College of Arts & Sciences was looking for a new Dean, Sexton asked Ben to be the only undergraduate on the Search Committee.

While Ben was at NYU and for several years after, Mamma & Dad stayed at the Hotel Giraffe in the Flatiron on Park Avenue South. Its comfortable lobby with evening wine & cheese was our favorite place to hang out with Ben on many weekends.

Lots of walks around Madison Park, too.

Proudest and a most dear memory

On stage at the Javits Center stands Ben with 3 other honored undergrads behind faculty illuminati during NYU’s College of Arts and Sciences graduation. 1,800 classmates cheer him on from the floor as he is introduced recipient of the Borgman-Phi Beta Kappa Prize for Most Outstanding Undergraduate Honors Thesis – 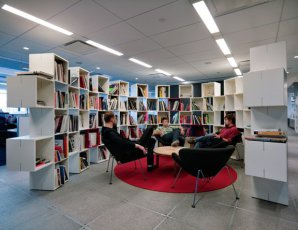 As a freshman at NYU, Ben took an honors seminar. Carla Hendra came to talk to the students about her work as an Executive at Ogilvy & Mather. After that, Ben became interested in advertising as a potential career. As soon as he graduated, he applied to get into the extremely competitive Associates program at Ogilvy. And he did. It was during the Mad Men television era, so Mamma dubbed him mAdBen.

Selected a Young Lion in 2014, at Cannes Lions in France with Neil deGrasse Tyson.

By 2018, mAdBen was an Executive Group Director and Lead for Global Partnerships. In 2019, an Executive Partner and member of Global Leadership Team. 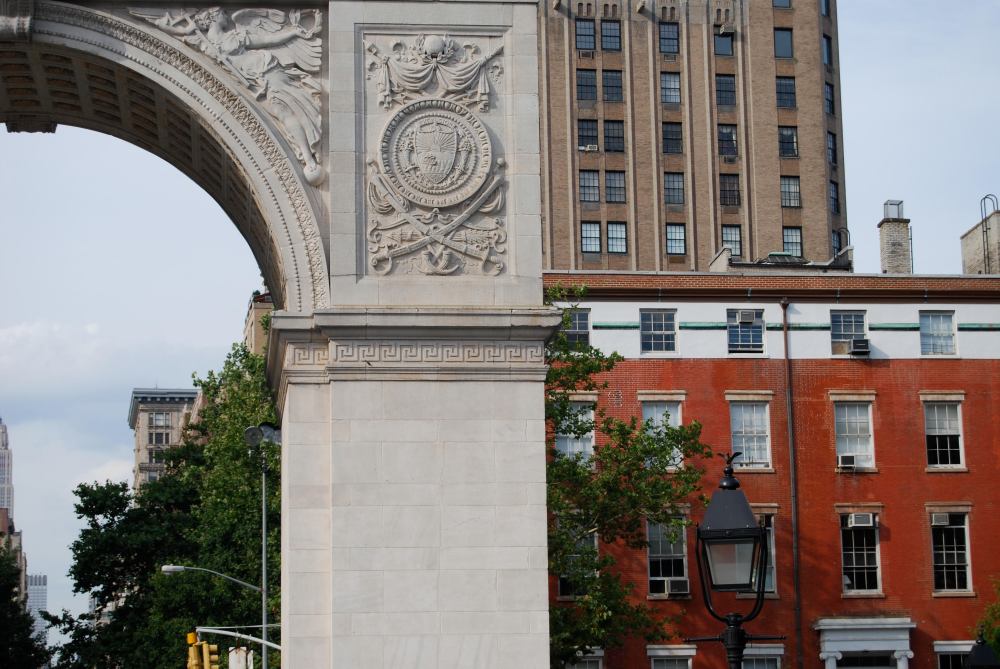 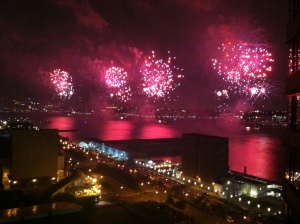 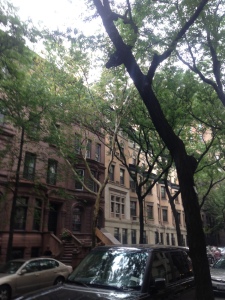 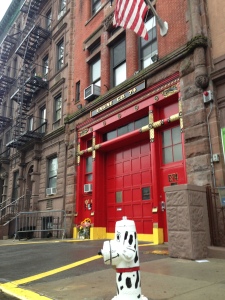 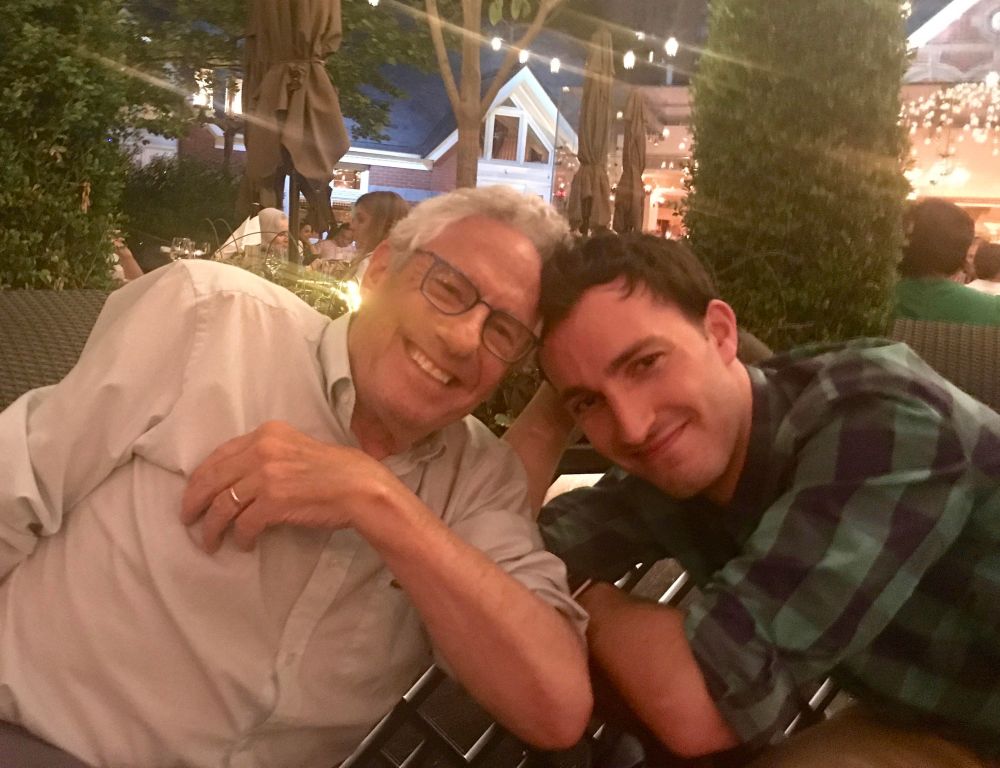